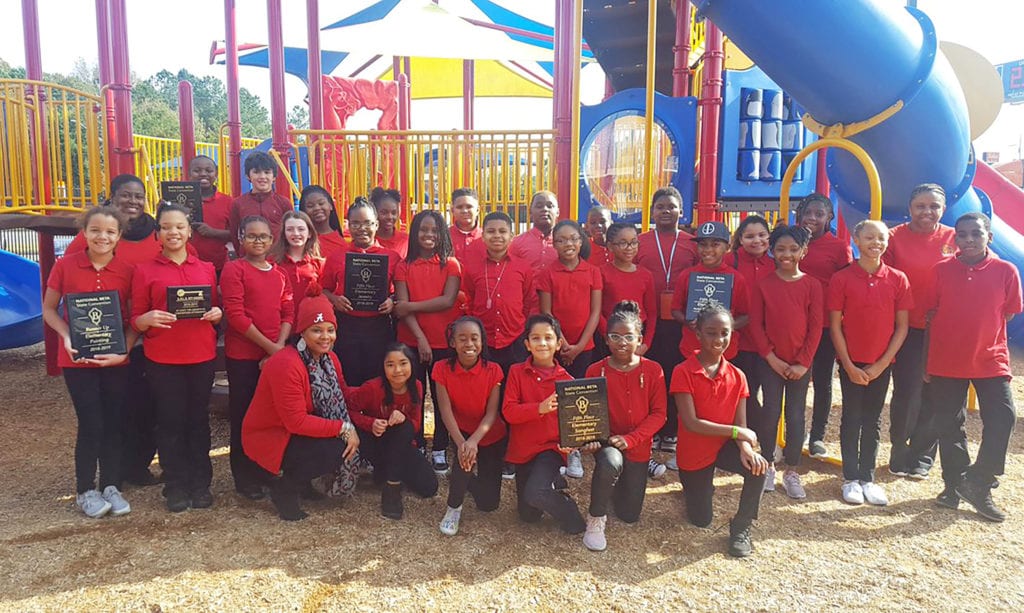 The following awards were presented to Sims:

SES also achieved the honor earlier this year of being named a National Beta School of Distinction.