The DeKalb County Police Department has released the video surveillance photo of a suspect who attempted an armed robbery at the Exxon gas station, 3384 E. Ponce DeLeon Ave., Atlanta. The suspect also assaulted and attempted to rob an elderly male customer at the location.

The suspect is a Black male with a slim build. He was  was wearing a red hoodie, plaid shirt, black winter vest, and red and black sweat pants.

Anyone with information about the suspect or the crime is asked to contact Detective R.A. Wright of the DeKalb County Police Department at 770 724-7780. 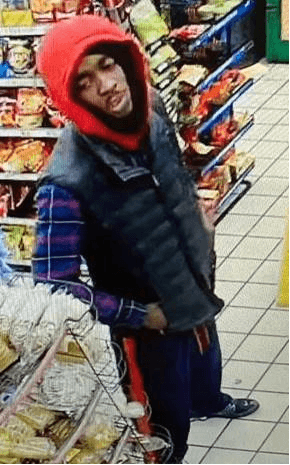