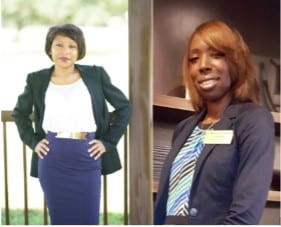 On Wednesday, Jan. 8, the City of Conyers will make history as the first two black women elected to the Conyers City Council in the city’s 165-year history are sworn in.

The ceremony and program will take place at 7 p.m., at the Cherokee Run Golf Club, 1595 Centennial Olympic Parkway, Conyers. A reception will follow the program. The public is invited to attend.